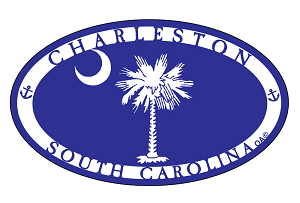 Think of routine maintenance as an iceberg: ten percent of an iceberg is above the waterline, and ninety percent is submerged, invisible to the eye. You can’t see the part below the surface, but it nonetheless makes a world of difference if you are navigating the North Atlantic.

Routine maintenance is similar: you can’t see it, but it makes a huge difference when performed correctly. So, in these stormy economic seas, chart a new course by partnering with a knowledgeable service provider to craft a successful maintenance program for your commercial refrigeration/HVAC systems.

Is Preventive Maintenance in your Budget?

Your investment in regular maintenance will pay for itself and produce a large return in terms of risk mitigation and asset protection. Ultimately, the preponderance of the return comes from increasing the useful life of the equipment: the longer the capital expense can be delayed, the higher the return.

HVAC maintenance also delivers a number of benefits that may not be easily measured on a balance sheet. With equipment running at peak performance and the number of service calls minimized, business owners and managers will realize greater peace of mind knowing the commercial refrigeration systems are well maintained.

Protect your equipment and reduce your operating costs with a RHAC Service Agreement. Call now to discuss how we can provide you with the best possible preventive maintenance program based on your facility's needs.

What guidelines should your HVAC service provider be using?

What key performance indicators should every commercial business owner be using?

Organizations such as the American Society of Heating, Refrigeration and Air Conditioning Engineers (ASHRAE) and the Air Conditioning Contractors of America (ACCA) developed guidelines for standard practices for inspection and maintenance services in commercial buildings. These standard practices provide building owners and managers with benchmarks for implementing a comprehensive routine HVAC maintenance program. They offer a knowledgeable, external validation of the steps you and your service provider should be taking in developing your maintenance program.

Special thanks to my colleague, Brian C. Freeman, for this post. Brian is an attorney in our Environmental & Utilities group with a particular focus on air quality.

Most ODS are used as refrigerants in industrial process refrigeration (e.g., in chemical, electronics, and food manufacturing), commercial refrigeration (e.g., supermarkets, refrigerated storage, and transport), or comfort-cooling/air conditioning systems. Since the 1990s, the ODS regulations (40 CFR Part 82) have mandated various practices to minimize or prevent the release of refrigerants during operation, maintenance, and disposal of refrigerant-containing equipment, and to maximize refrigerant recapture and recycling. The regulations also require certification of technicians working with ODS systems, and subject to certain exemptions, restrict ODS sales to certified technicians.

But here’s the tricky part: not only does the recently revised rule expand and tighten these requirements for ODS, it also extends them to non-ODS refrigerants used as substitutes for ODS. This extension is based not on the protection of the ozone layer, but on preventing global warming caused by such substitutes. The extension primarily targets hydrofluorocarbons (HFCs), a family of non-ODS refrigerants that have been widely used to replace ODS but have since been found to have significant global warming potential.1

In addition to extending the ODS regulations to non-ODS refrigerants, the recent revisions also include the following:

The rule revisions have not yet been published in the Federal Register, but are scheduled to take effect January 1, 2017. Compliance deadlines for the various new requirements range from January 1, 2017 to January 1, 2019. In the meantime, court challenges to the rule – and particularly EPA’s authority for expanding the rule to non-ODS – seem likely.