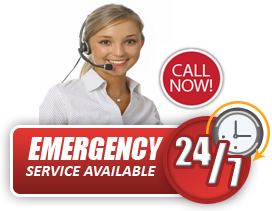 Looking for the best walk-in cooler repair in Austin, TX?

Looking for a business that will schedule a service within twenty-four hours? Unlike other companies, we know your time is valuable so we make sure to have someone out to your location within a day. So make sure that you put your commercial refrigeration needs first and go with a company that values your time. We also service commercial ice machines and do HVAC services as well. So call us today and learn how we can help your business. Refrigeration, Heating & Cooling - Austin, TX

RHAC has experience with many different makes and models. Our walk-in cooler repair expertise enables us to provide comprehensive diagnostics in a quick manner helping our customers to get back up and running with minimum downtime.

RHAC provides you with the highest level of customer support for a complete level of satisfaction. Our walk in cooler repair technical support team is available to serve our valued customers 24/7, 7 days a week! Anywhere in Austin and all surrounding Cities. We use manufacturer recommended parts and have worked with all different brands and models.

Walk-in coolers or freezers are an essential part of many cafeterias, restaurants, and convenience stores. It is also a large energy user in these facilities but is rarely considered until problems emerge.

Problems include failure to maintain pressure and compressor failure, both of which can result in expensive losses to the products stored in the cooler. These problems, as well as unnecessarily high energy use, can be avoided by observing equipment and taking corrective action.

Moisture from the air freezes onto the evaporator coils (the cooling coils in the freezer) and forms an insulating barrier to heat transfer. Airflow also decreases as the passages narrow due to ice buildup. Each evaporator has a defrost cycle to melt frost/ice that has built up on the evaporator coils. Water from the melted ice is drained from the freezer . . . ideally.

It’s not unusual, however, to find evaporators in a state of poor maintenance. For many evaporator units, the ice isn’t melted, or the water isn’t properly drained, resulting in a block of ice taking over the evaporator. When the coil freezes, heat transfer is greatly reduced resulting in the compressor working harder and longer. It works harder because the suction pressure drops making the compressor work at a higher differential pressure, thus requiring more power. It works longer because heat transfer is reduced. When ice buildup is excessive, the compressor will run all the time and the freezer temperature setpoint will not be maintained.

As the ice melts, the water has to drain out of the freezer. This doesn’t always occur. Trapped water that freezes can do significant structural damage to a freezer; especially older ones where cracks allow water to seep in, then freeze and expand. Stalactites and stalagmites of ice appearing in your freezer are reason for swift action to avoid costly damage.

The condenser coil of the refrigeration system removes heat from the system. It’s not unusual to find condensers located in enclosed spaces or spaces with inadequate airflow to remove heat from the space. The temperature around the compressor rises resulting in higher head pressure for the compressor, which again increases compressor power.

To effectively remove heat, the condenser should be placed in a well-ventilated area where the temperature is controlled to allow heat to be removed easily. Enclosed spaces will require openings for cooling air intake and exhaust. In many cases, a fan will be required to move enough air through the space. If the condenser heat is never needed, it should be exhausted directly outside if possible.

In cases where it may be used for space heating — such as for a nearby dry storage room — controls may be installed to direct the flow indoors for heating, and outdoors when heating is not required.

Condenser coils should also be checked regularly for cleanliness. Dust and debris will act like ice buildup on an evaporator coil. This will insulate the heat transfer surface and reduce airflow, which will make the compressor run harder and longer. In extreme cases, compressors may fail.

Although the space itself doesn’t have any mechanical parts or equipment, it shouldn’t be ignored. The shell of the cooler or freezer should be inspected regularly for leaks and loose insulation or panels. Leaks and other voids in the shell can cause excess moisture to accumulate, potentially causing even bigger problems. The door is also a key component of the cooler. Doors must be sealed properly to eliminate air infiltration which increases the cooling load and may cause moisture buildup within the space and on the evaporator. Frost buildup on the door itself is a common occurrence when the door heater fails and has a tendency to either freeze the door shut or keep it from closing. Proper care should also be taken when placing items inside the space. If the space is overcrowded with items, or items are placed in front of the evaporator fans, the circulation of air is greatly reduced along with the performance of the refrigeration system.

Operations and maintenance issues should be addressed to avoid excessive energy use and costly repairs, as well as potential product loss. Additional maintenance issues can be reviewed in the Walk-in Cooler/Freezer Diagnostic Protocol table shown below.